You may have heard of Mira Rai via this mailing list and elsewhere no doubt. It’s now March and fast approaching the 4th Himalayan Outdoor Festival 2015 of which the 50km West Kathmandu Valley Rim trail race is a part.

Mira joking with Sadhus at dakshinkali

This race last year was the first ultra trail race that Mira Rai had ever run.

By chance, out running one morning, she says she met other runners who told her to join the run. If you haven’t heard already, here’s a summary. After midday her friends began to worry and called the authorities thinking she was missing. Meanwhile Mira was still running away in a cotton t-shirt through a hail storm which washed away the course markers. Not easy. She finished after eight hours of running over those big hills (with an hour spent sheltering from the falling ice).

I met her for the first time at the presentation where she received first prize with abundant delight. “Sir, they spelled my name wrong on the certificate. It’s Mira Rai, M.I.R.A. I not EE.”

Beginning the end of March 2014, some 20 people contributed cash for a fund to support female runners, which then helped Mira stay in Kathmandu, train and compete in running competitions. It was because of Mira’s simple desire to run and compete that this fund was started, and coupled with the fact that there are almost no female trail runners in Nepal, meeting Mira was a special occasion. Mira took to trails like a fish to water, she raced hard, and began to study hard to improve her English.

One year later you can see the incredible return on this investment: one incredibly gifted runner and a fine goodwill ambassador for Nepal, and much more.

There is much spectacular talent still to be found across Nepal and young runners no doubt waiting for the tiniest opportunity. Like Mira, some will never have heard that trail running is an actual sport, and will be working hard at the track when their real competitive talent lies in running trails.

Right now a short film is being made which focuses on Mira and her year’s journey to rise up to an elite level. Lloyd Belcher, well known in Asia for his sports film and photography, decided it was a story worth telling visually. You can see some behind the scenes shots onInstagram, (including the government minder acting as sound man.) 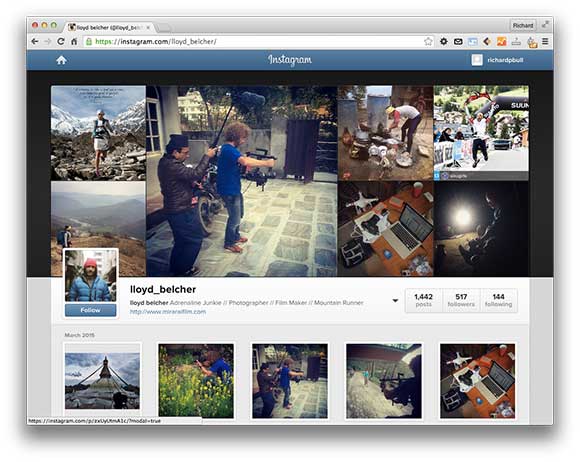 Why this film is important?

Beyond the wonderful story it obviously is, and the way it is being told visually by Lloyd with the aid of Nepal’s unique landscapes as the backdrop, this film will be a powerful inspiration for other young girls in Nepal.

Growing up in Nepal’s hills and trying to find opportunities is already difficult, but for girls it’s much more so. So beyond her dream of running and competing in races and working hard to be the best she can, Mira is now starting on her next wish, to inspire others.

In the future I want to set up a club and open the door to other women who show an ability to be runners. I can inspire them and be a role model. – Mira Rai

So please click below and read a little more about the rise of Mira Rai and support the making of this film at http://www.miraraifilm.com/. Lloyd is giving probably four weeks of his time for free to this project and we’re hoping to recover the expected $5000 expenses by 14th March if possible. The film will be released early June. Anything collected beyond this amount will support Mira to race against the very best mountain runners in the world in Europe this summer. 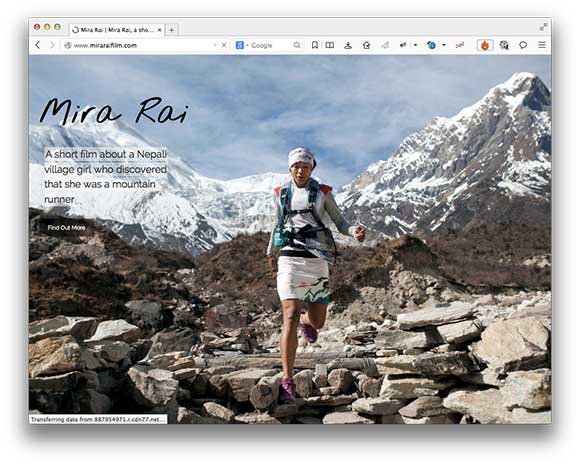 Please support the making of this film with a small donation 🙂

Thank you for reading.