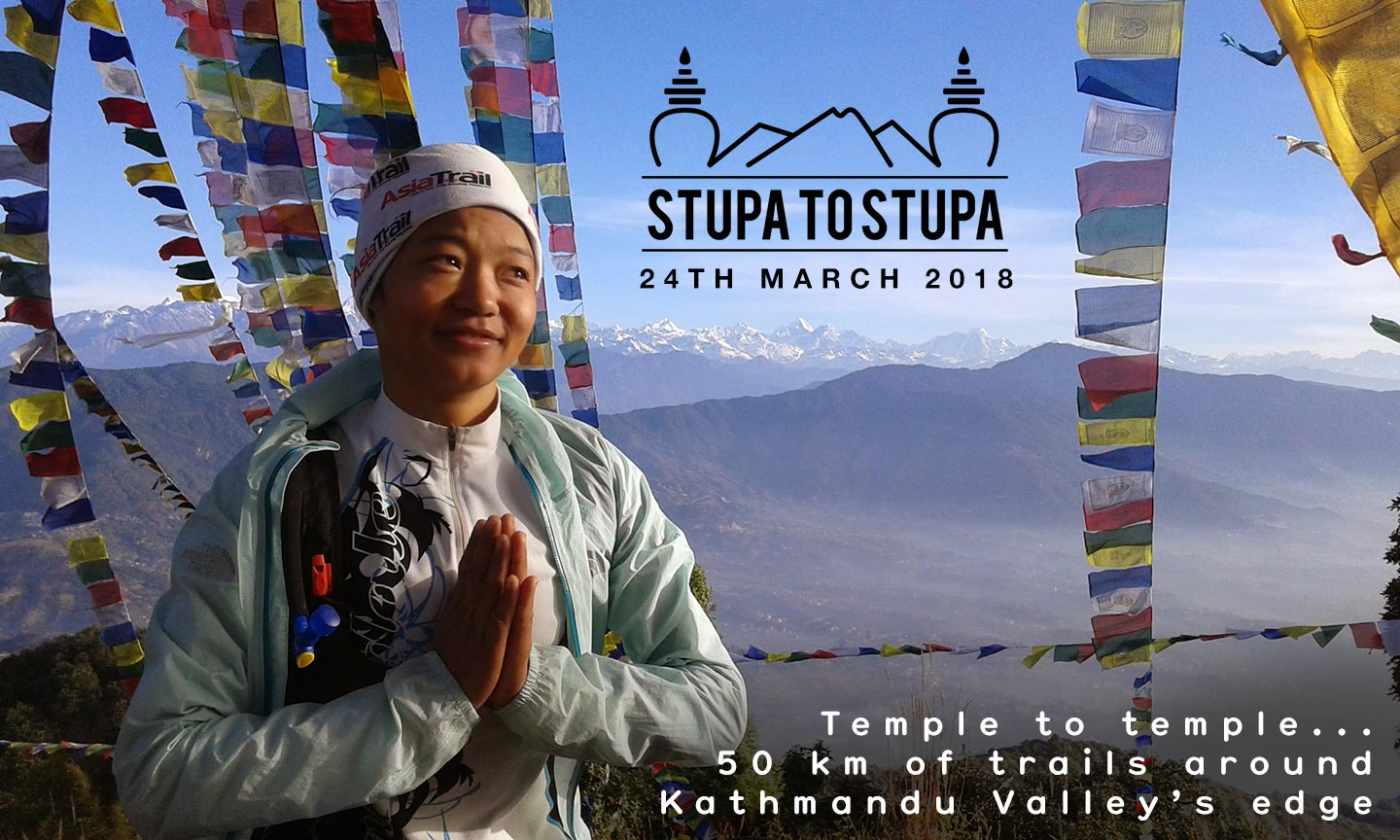 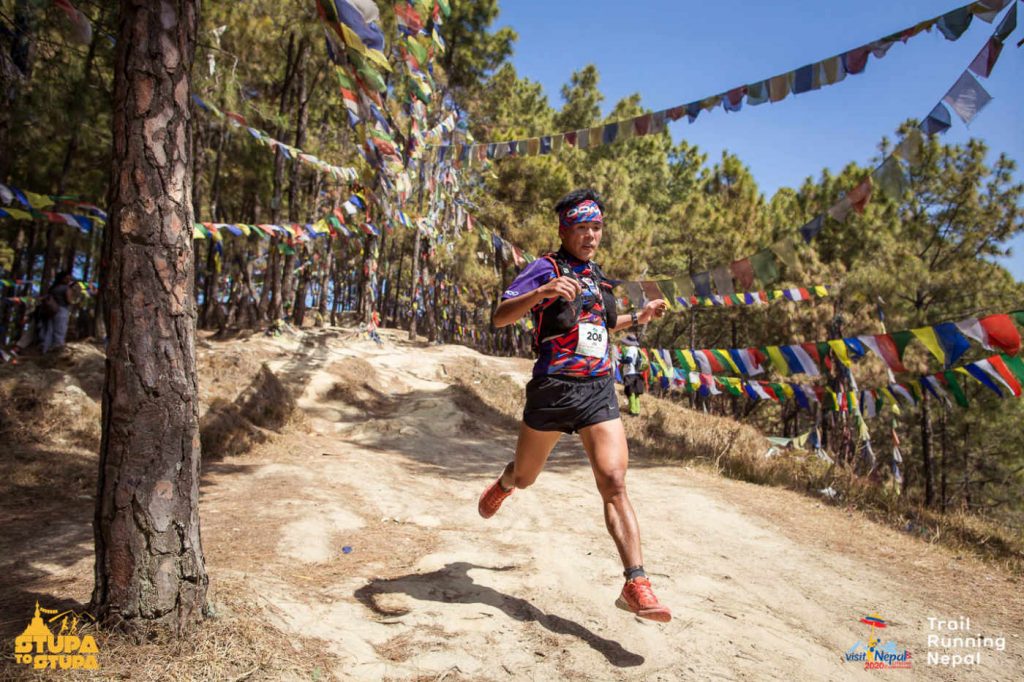 The course passes 5-ish monasteries and one hermit’s cave. A good combination. The trails are very runnable and not so technical. It’s possible as a speed hike and doable as a first trail 50km as most of the trail contours around the hills rather than climbing over the top (with the exception of the first hill). 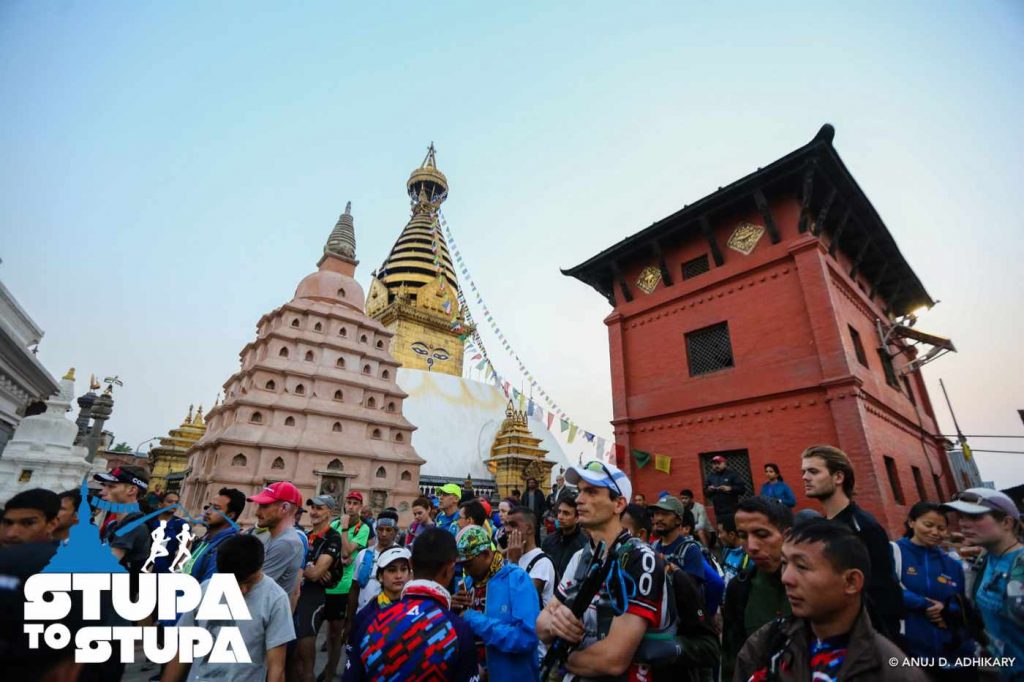 Fabulously chaotic starting location (Swayambu aka The Monkey Temple) and fabulous semi-tranquil finish location (Boudhanath Stupa), two of the most important locations for (Tibetan) Buddhist pilgrims. As good a start and finish location as any ultra race anywhere in the world.

What kind of race is this? It’s quite a good first ever 50 km ultra. It’s not easy, but after the first major climb, there is a lot in your favour and no nasty surprises at the end.

Thanks to Lloyd Belcher for the photo of Aite at Swayambu.

The long way around

This is not to much a race as an aesthetic challenge to get from temple to temple in 12 hours. It is around 54km and so at a steady 5km hiking pace with no stops it can be completed in 11 hours. 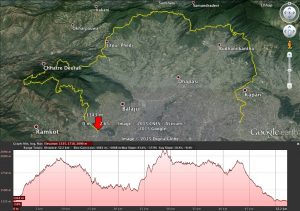