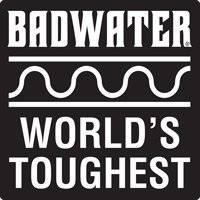 — This race is held in collaboration with the awesome AdventureCorps, organizers of the Badwater Ultra and many other races. —

The organizers of the Mustang Trail. The inaugural race was small with 13 competitors and proved an extremely enjoyable success with a unique mixture of manageable running distances at high altitudes, wonderful varied landscapes, rich Buddhist culture (the race checkpoints include Monasteries and caves). The second event attracted 25 competitors with serious runners from USA, Italy and Nepal along side strong Nepali athletes.

2015 will have two races on April 18th and a special alternative event held in October. Use the form below to enquire about the October event.

You can see a selection of images which tell the story here: http://gallery.trailrunningnepal.org/

I feared disappointment -Mustang is undoubtedly a hyped destination …. But I was blown away by the landscape, the villages, the trails, and the company. Apparently Mustang is much more powerful than any hype effect. – Roger Henke, NL, (Race number 19, 2014)

[The organisers] … put together an event, a shared experience and adventure, that felt as if it was simultaneously pieced together on the spot moment to moment, and yet also instilled the faith that absolutely nothing had been overlooked. Perfection was impossible to achieve here, and was never promised, but in that way there was no pressure for the experience to unfold any other way than exactly as it did – perfectly. – Andy Wellman, USA (Race number , 2014)

“The Mustang Trail Race has left an indelible mark on me. Everything good about trail running: cultural exploration, adventure, challenging oneself, and the camaraderie that comes from multi-day races, was present in huge quantities. Similarly to a great book, or amazing album, I could bore my friends to death by begging them to experience the Mustang Trail Race for themselves.” – Matt Moroz, UK 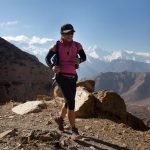 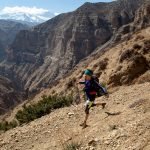 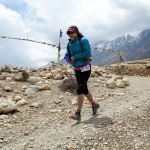 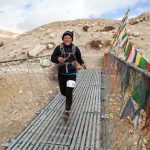 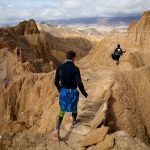 Matt and Yam, hiking out of Konchockling 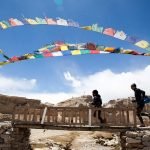 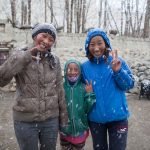 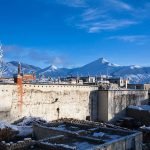 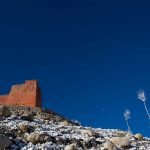 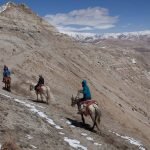 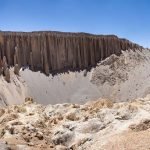 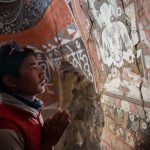 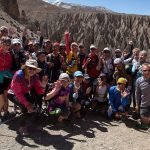 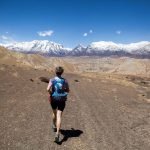 Running in the wide open 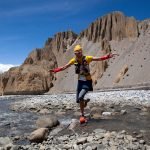 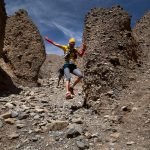 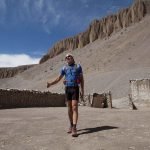 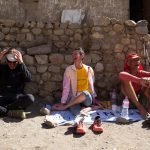 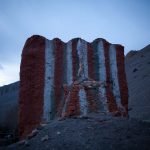 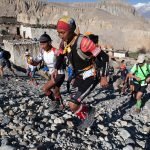 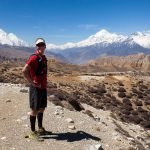 Andy Wellman, amazed by the view 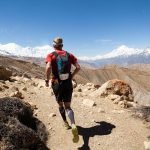 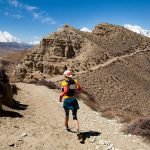 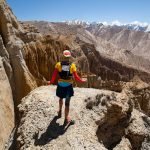 Close to the edge 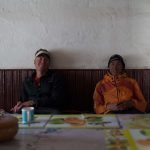 Andy and Phu catching up 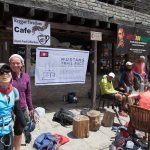 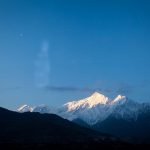 Nilgiri, the ever present blue mountain

Ryoichi a top the last major descent to Chuksang – Stage 7.