Thanks a lot to Tyler Wasson for writing this post about his experience of Nepal’s Stupa to Stupa Ultra Trail Race in 2017. Here we go! 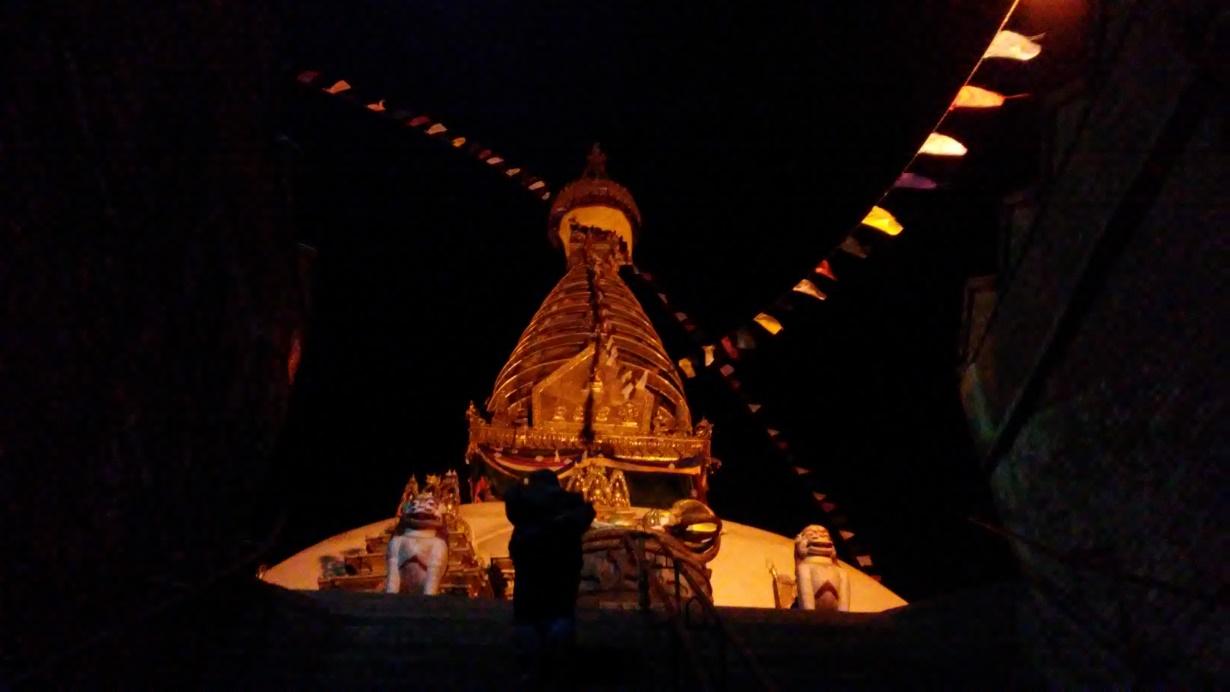 Waiting for sunrise and the start I saw monkeys eating breakfast and locals completing their morning koras around the main temple. 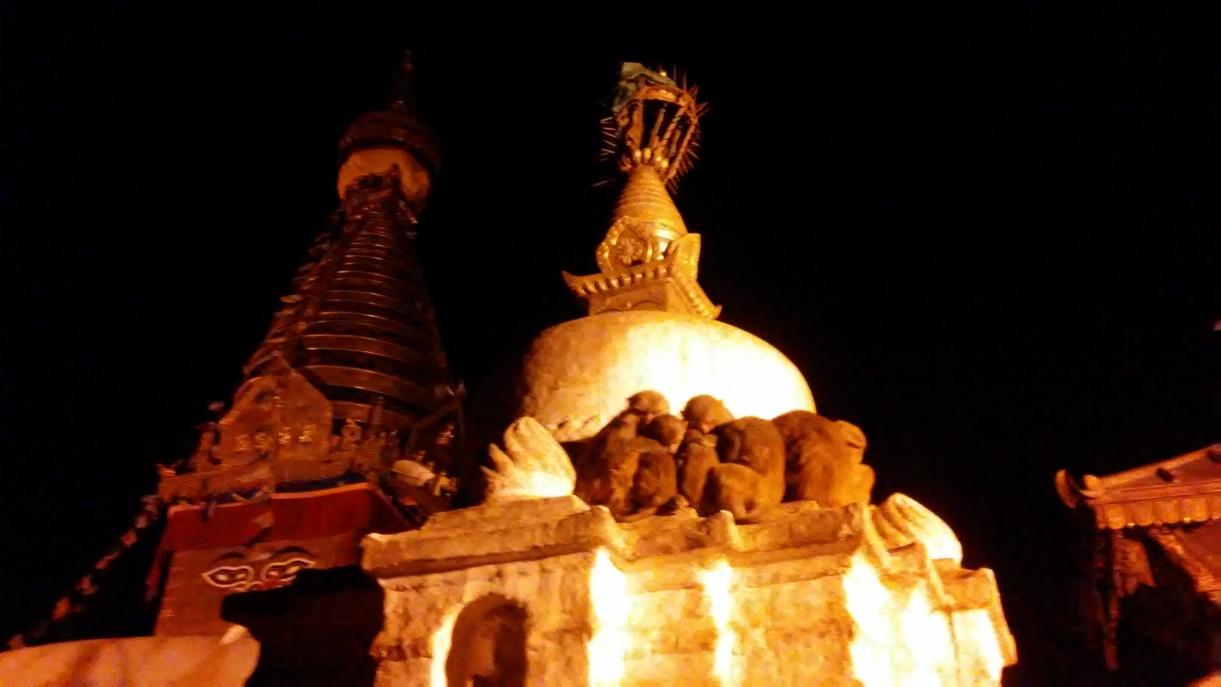 I was happy to see clear skies. Kathmandu can be incredibly smoggy but today was clear. I started daydreaming about the impending views of the Himalayas and the city.

The race started by dropping from Swayambhunath’s steps and across Ring Road before quickly climbing steeply out of chaotic Kathmandu to the first of many temples. I was happy to get the steepest climb over with early; however, a poor young “flat lander” from Australia running with me, participating in his first ultra, was struggling to maintain a conversation. He had never been at altitude and after a few kilometres he was forced to take my advice and slow his pace.

After cresting the first hill we began the most enjoyable portion of the course, a gradual descent in the dense Nagarjun Forest Reserve. Kathmandu felt a thousand miles away. I chatted with a few other runners and the kilometres passed easily. 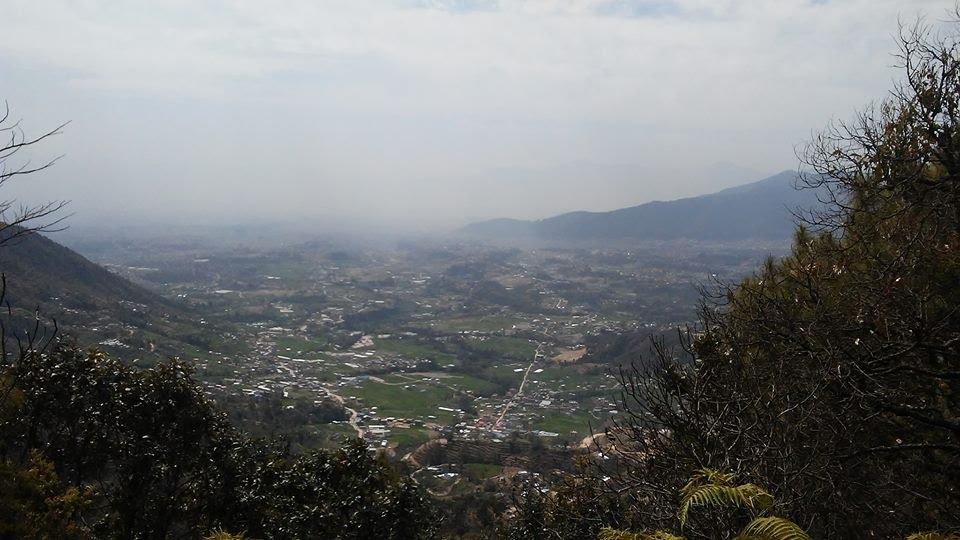 Shortly after the first checkpoint, around 23km, I caught up with a small group of runners debating the way – apparently a local village kid had taken the bright pink ribbon. We decided to go left at the fork, apparently this was the wrong choice and an old man whistled and pointed us in the other direction. I was happy for the company. We shared food, water, sun cream, and words of encouragement but some of us were feeling better than others and we separated along the long, steady climb to Danda Gaon (2,200 metres) in Shivapuri National Park.

I was alone again when I got the best views of the Himalayas. The amazing checkpoint crews along the way kept me provided much needed company along with plenty of water, juice, and bananas. At one point I scared a monkey off the path with my footfall. His surprise at seeing me let me know that the previous runner must have passed some time before me. 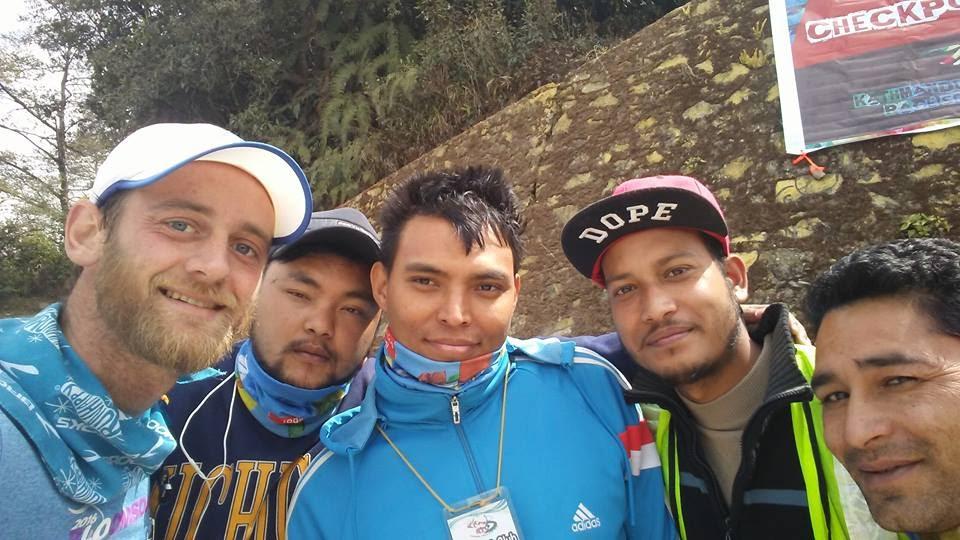 Before long I arrived at Nagi Gumba, around 45km, signifying the end of the major climbing (2,330 metres). It was literally downhill from here. 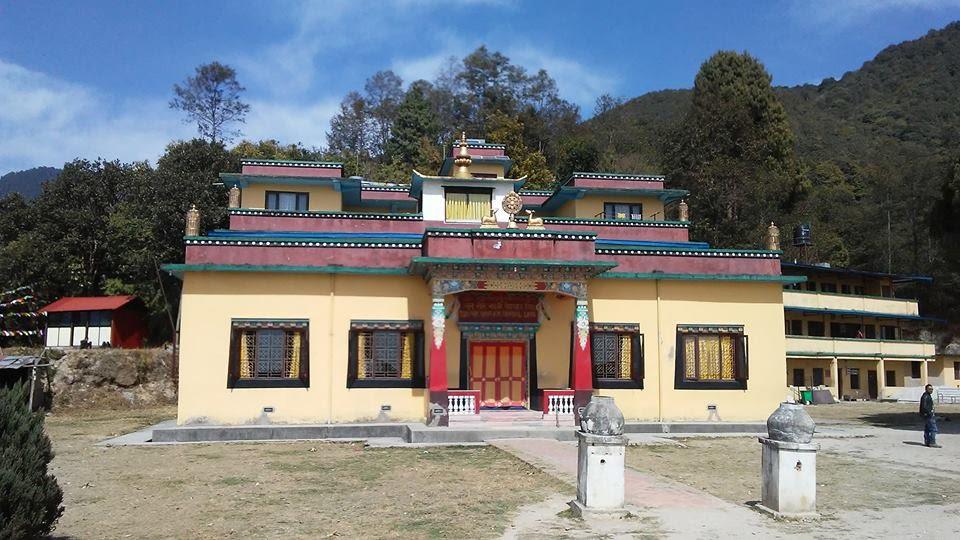 The steep descent was coloured blue, white, red, green, and yellow with prayer flags and temples almost the entire downhill, and I started to see locals again which told me the end was getting close. 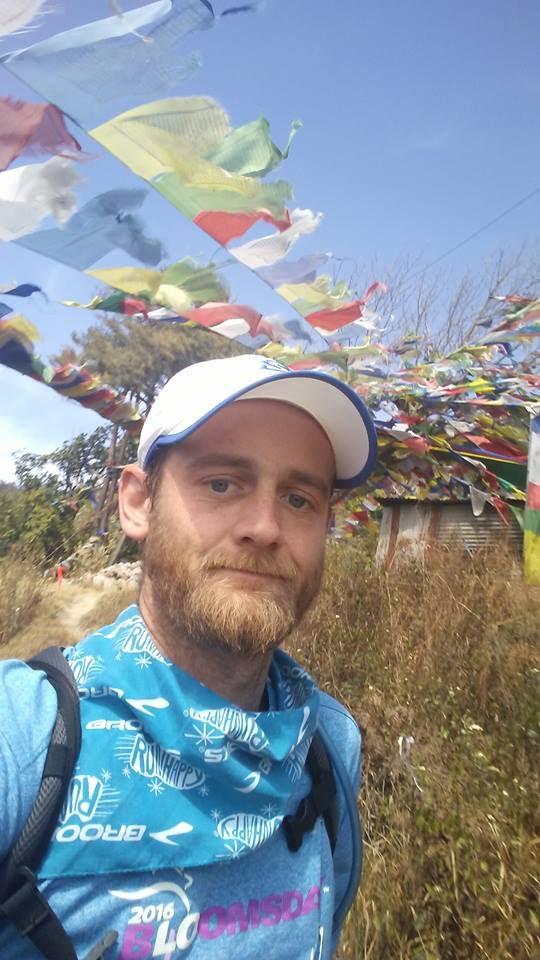 After all the climbing the downhill was particularly difficult but upon arriving at the outskirts of Kathmandu I found the reserve energy necessary to run the entirety of the final few kilometres. Still, returning to the chaotic city was a shock to the system after 50 kilometres in the forest.

The beer at the rooftop bar overlooking Boudhanath and the finish line tasted particularly good. There is something about covering 53km on your legs in one day in the Himalayan foothills that makes everything taste better. I had intended to count the number of temples along the route but somewhere along the way I lost track. I noticed too that I hadn’t recorded all of my splits. This, I convinced myself, was for the best – perhaps the particulars are not as important as it was to embrace the experience. 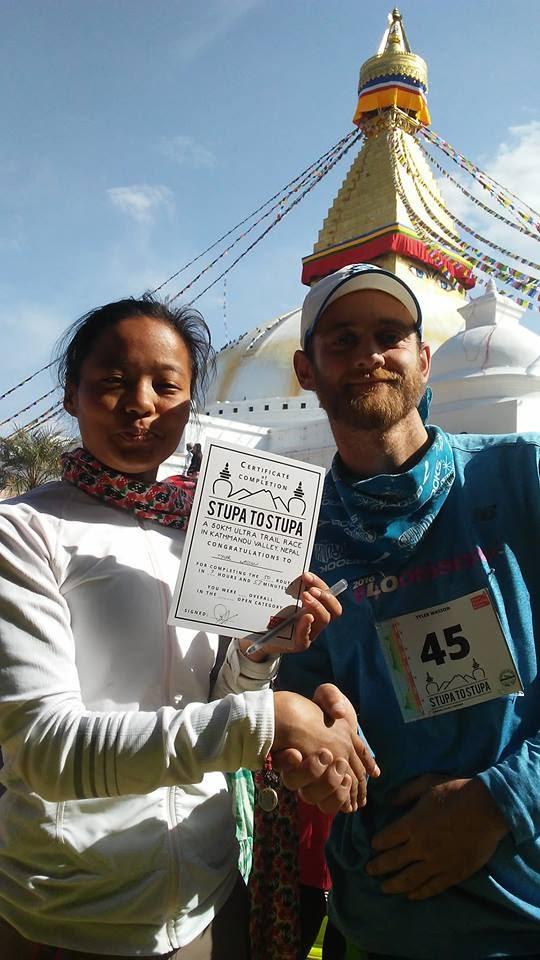 Thanks Tyler – hope you enjoyed it!