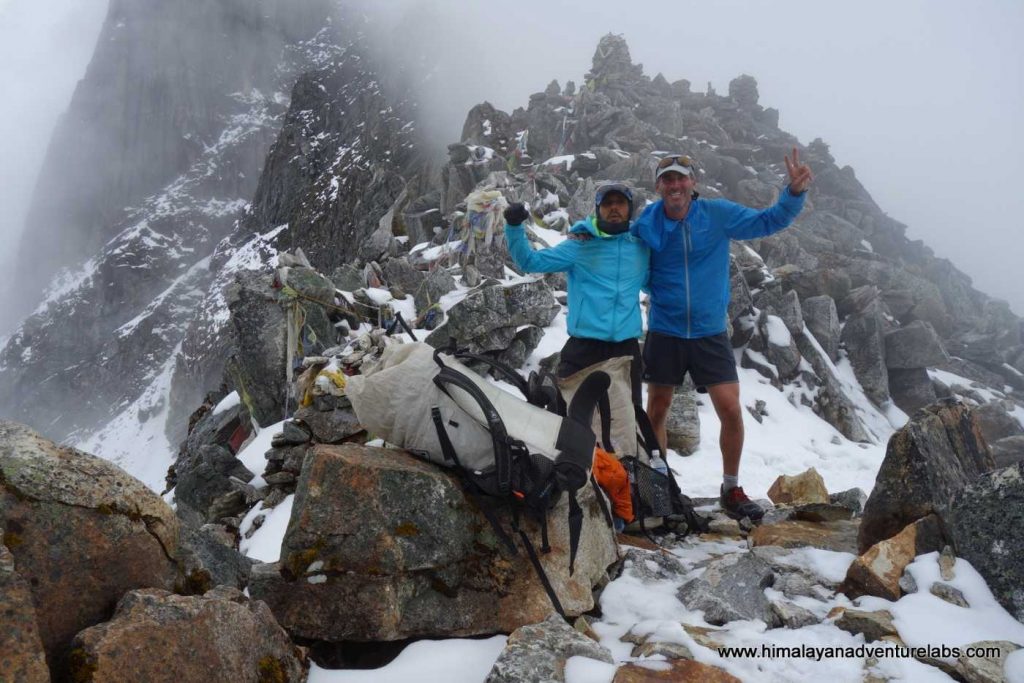 Atop the Kanja La, Langtang

Sudeep Kandel and Seth Wolpin, co-owners of Himalayan Adventure Labs (HAL), report a recent attempt at what they call the ‘Langtang Lollipop’. The two set the FKT for the Manaslu Circuit in 2015 and have a number of successful fast packing adventures under their belt. 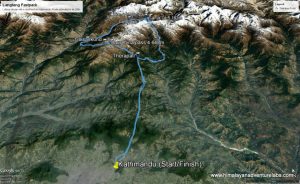 The original plan – a lollipop course. Maybe next time!

For this adventure, their goal was to leave Kathmandu on foot and travel north on the Helambu trail before starting a giant clockwise circle that would take them through Gosaikung, across Lauribina Pass, up the Langtang Valley, and then south via the remote and rarely visited Kanja La before returning on foot to Kathmandu. They co-led a group of 6 people, all endurance runners, and traveled in their usual fast pack style: quick, light, and self-supported. Unfortunately, the team ran into deep snow on Kanja La and had to back-track and exit the Langtang Valley from Syrabu Besi. 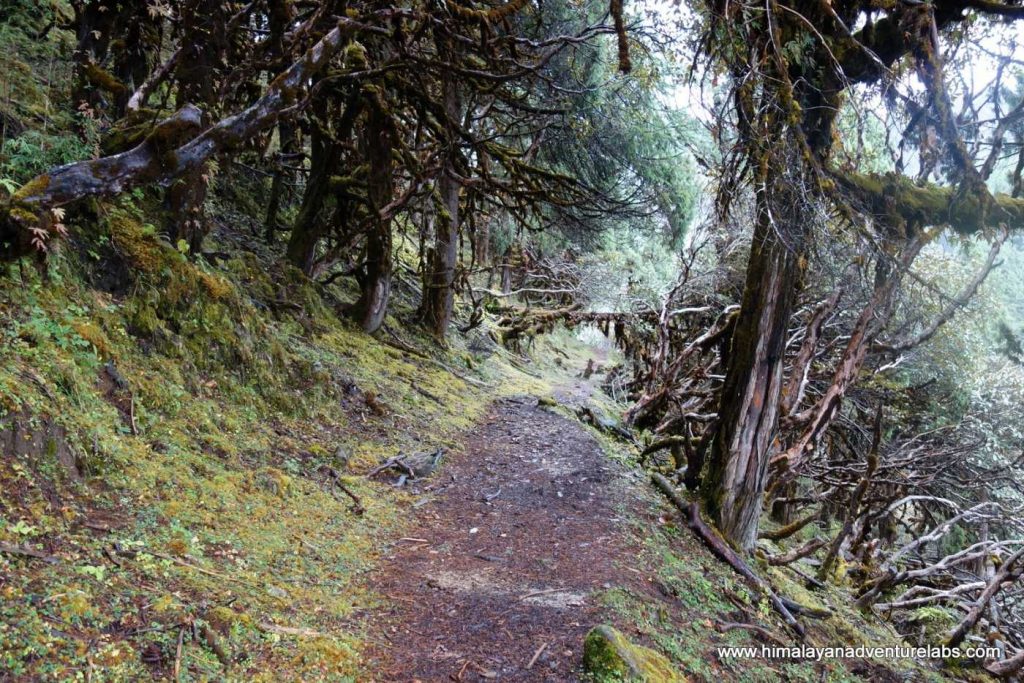 Tangled rhododendron forest on the way to Yangri peak

This was their second attempt on this route, last October the two tried to do it from the other direction after acclimating by leading their annual fast pack on the Annapurna Circuit. While they made it over Kanja La, they were unable to travel as planned at night due to lingering monsoon rains and had to exit the valley from Syrabu Besi after running out of time.  The two are now recruiting for another team to attempt this route in 2018 – planning 13 days on trail, including acclimatization days, and departure in late May when snow levels are lower in the passes.  They are also organizing a number of other small group, cultural, fast packs in Nepal – all designed for trail runners. Check out their website www.himalayadventurelabs.com for more information or follow them on facebook: www.facebook.com/himalayanadventurelabs

Seth and Sudeep have laid out their 2018 plans here with a full supply of info including profiles and distances day by day!
http://www.himalayanadventurelabs.com/fast-packs/langtang-fast-pack/

For GPS tracks from the Ganja la (or is it Kanja La?) you can find this previous report from Michael Collins: https://trailrunningnepal.org/crossing-ganja-la/