“I enjoyed it immensely. It’s a once in a lifetime race,” said Tite Togni, Mira’s big sister and mentor in Italy, about the Dolomites Skyrace which took place this weekend.

Mira took part and finished 14th female in the 22km event comprising of a massive climb then descent at blistering pace. It’s a different game to the longer ultra distance races Mira’s training programme is oriented to (for the Skyrunning Ultra series). But its a once in a lifetime event through stunning scenery so why not?

What’s beautiful is that the race organisers decided to collect funds through the event to send to Nepal to help the relief and rebuilding effort in affected areas. 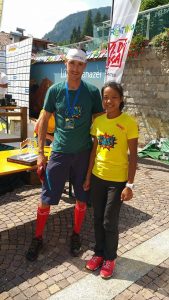 Says the race’s press release, “The Organizing Committee of the Dolomites Sky Race with a regard for Nepal has collected funds in favour of the people who were involved in the earthquake, a gesture which was also associated with the winner who decided to donate his victor’s prize money for the same cause. The money collected was delivered to the athlete Nepalese Mira Rai (14th at the finish), Mira Rai said, ‘I wanted to thank the organizers for the initiative to raise funds for my own people affected by the earthquake. We will use them with Richard Bull, Trail Running Nepal, for an initiative specifically targeted at women.'”

Tadei Pivk (left) is a member of Team Crazy Idea – what a great t-shirt! – and his gesture is generous and noble. “Sharing the jackpot cashed today Canazei populations were involved in earthquake that hit Nepal, I’ll help with that by delivering the amount in Mira Rai.” Thank you Tadei Pivk.

Here’s the event on video:

KM finished 3rd at The North Face Endurance Challenge race in the 10km distance in Ontario. One happy KM below! She is brand new to trail running. Lhadup told her how to save precious seconds by not slowing down to go around puddles! She has a 35 minute 10km time and now wants to take that to longer distances on the trails. Congratulations to KM and best of luck with the coming trail races in Canada. 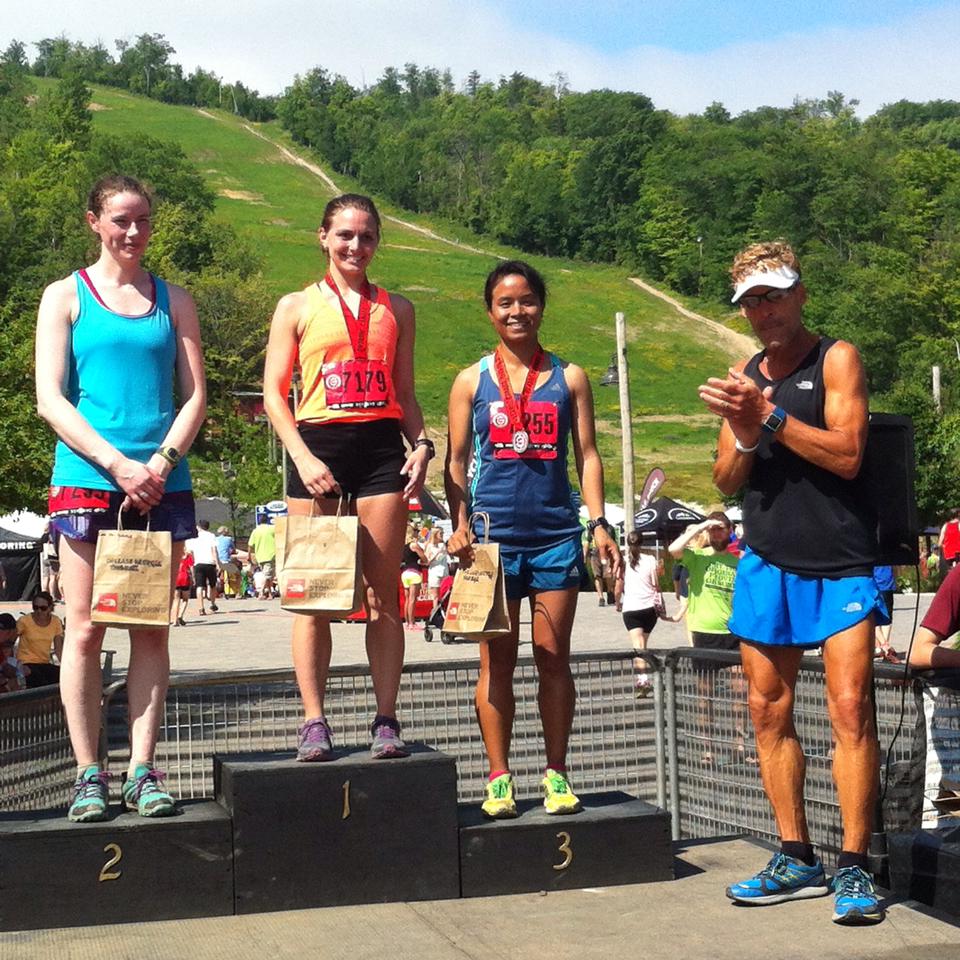